As NOAA's GOES-R satellite goes through mechanical testing in preparation for launch in October 2016, the remaining satellites in the series (GOES-S, T, and U) are also making significant progress.

Six new instruments will fly aboard each of the GOES-R series satellites: Advanced Baseline Imager (ABI), Extreme Ultraviolet and X-ray Irradiance Sensors (EXIS), Geostationary Lightning Mapper (GLM), Magnetometer, Space Environment In-Situ Suite (SEISS), and Solar Ultraviolet Imager (SUVI). In addition to these instruments the spacecraft itself, known as the "bus," antennas, flight hardware and software, and other components are also being completed.

All GOES-S instruments have been delivered for integration with the satellite and SUVI and EXIS are already installed on the sun-pointing platform. Significant progress has been made on the GOES-S spacecraft itself. Integration and test of the system module, the “brain” of the satellite, is complete. The “body” of the satellite, the core module comprising a majority of the structure and propulsion systems, was delivered in October. These modules were mated to form the spacecraft in late December. 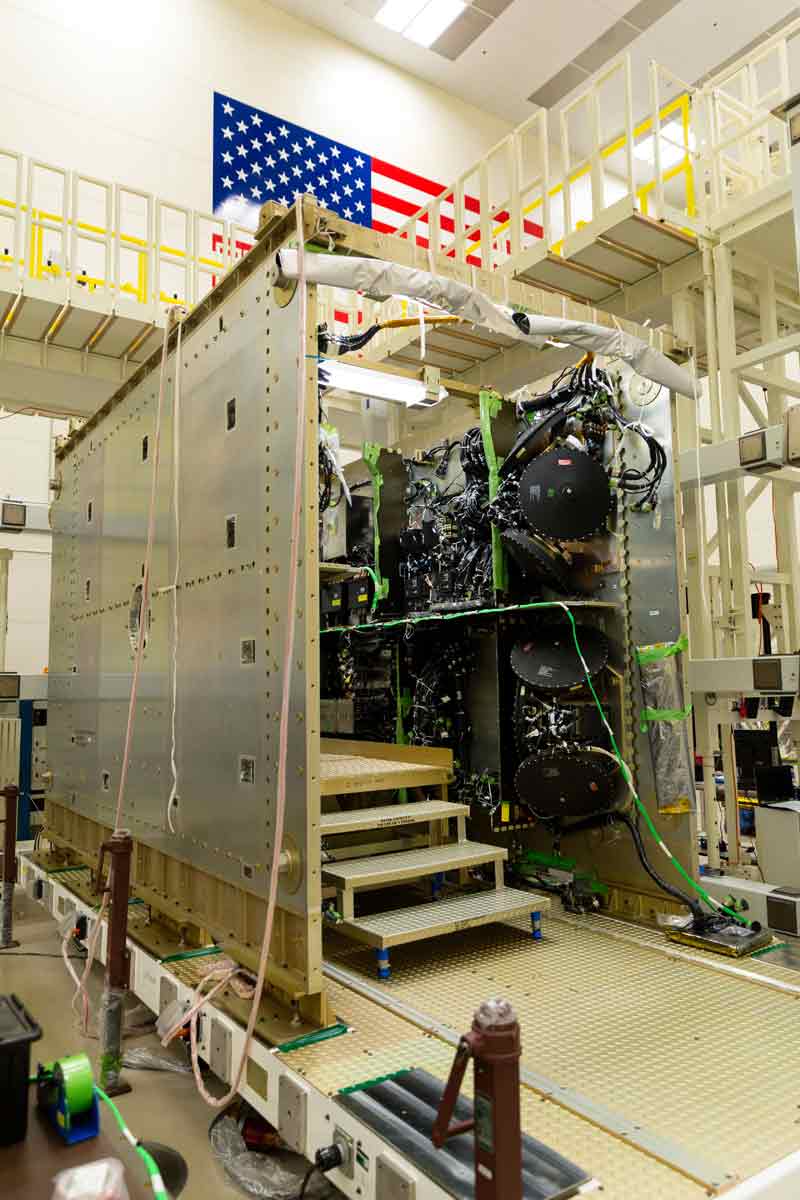 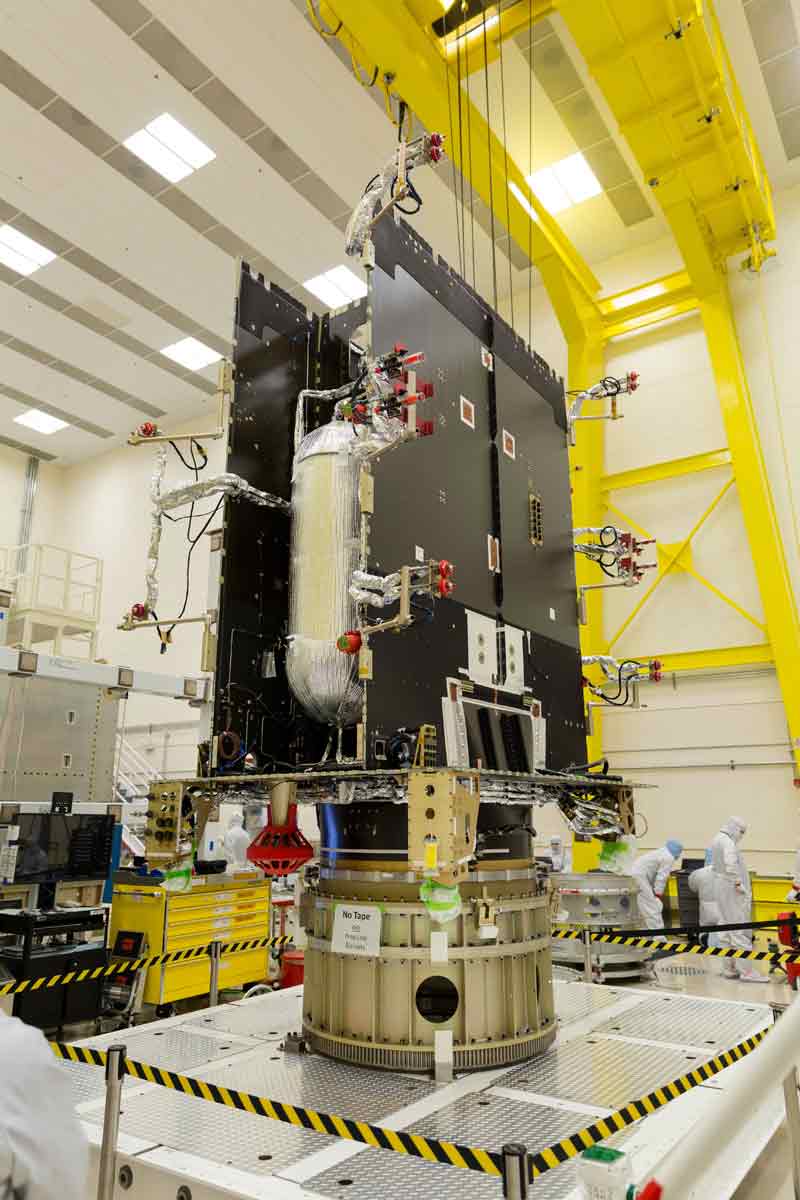 GOES-S recently completed the technical portion of its system integration review, in which an independent team, spanning several engineering disciplines, determined that the flight and ground segment components are ready for integration with the overall GOES system. The review team also assessed the readiness of the facilities, support personnel, plans and procedures for integration of the GOES-S satellite.

Development of GOES-T components is also underway. The EXIS instrument completed its pre-shipment review in September, and instrument will be kept in storage until it is ready for integration with the GOES-T spacecraft. The boom of the Magnetometer is also complete.

Many of the GOES-U components are under development, while some have been completed and are undergoing testing. The EXIS instrument completed thermal vacuum testing to ensure it can withstand the extreme hot and cold temperatures of space, while the GOES-U ABI is currently in thermal vacuum testing. Three of the GOES-U SEISS components are complete as well as the Magnetometer boom. SUVI is preparing for environmental testing and GLM is in the development stage.

GOES-R is scheduled for launch in October 2016. Once launched, the GOES-R satellite will be placed in a checkout orbit at 89.5 degrees. After an extended validation phase of approximately one year, the satellite will transition immediately into operations. The satellite's operational location (75 degrees West or 137 degrees West) will be determined by NOAA's Office of Satellite and Product Operations based on the health and performance of the current GOES constellation. 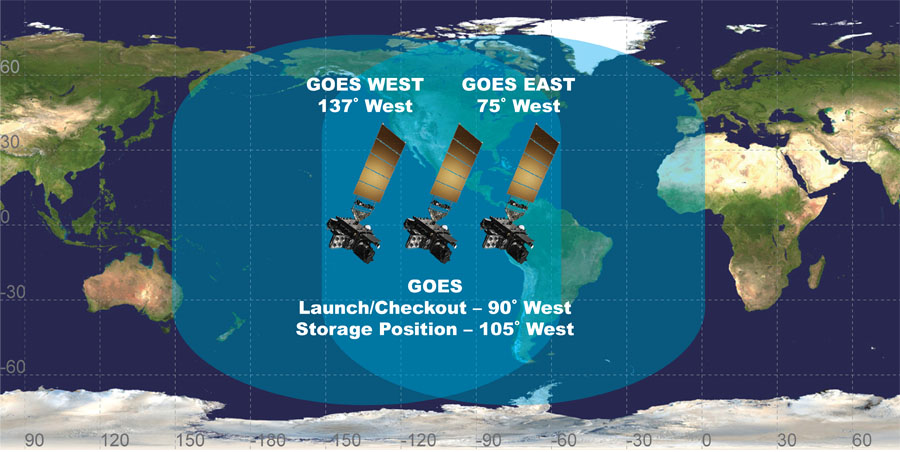 GOES fleet in the GOES-R era.


Video explaining what goes into building a GOES satellite:

For more detail about each instrument in the GOES-R series, visit the Instruments Overview page